The First Podcast Ad I Ever Heard 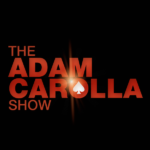 The first podcast ad that I ever heard was on The Adam Carolla Show. This was back in 2010.

The phrasing and introduction now seem common, but they weren’t at the time. I remember when I first heard Adam say he wanted to take a moment and thank his sponsor.

It got my attention. Who sponsors a podcast? People advertise on podcasts now? I thought.

Up until that point, Adam Carolla’s daily podcast seemed like it was just Adam having loose conversations and conducting interviews. Adam’s podcast started in 2009, after the cancellation of his terrestrial radio morning show.

While Adam’s show has evolved, listening to the early episodes felt like hanging out with friends. In fact, listening to his podcast was part of my daily routine.

That first podcast ad I heard was for the ManGrate grill accessory. 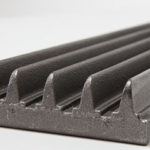 Adam told a story with his ad: It was about a guy removing a grill from an old steakhouse and noticing the cast iron grill grates. He was curious and did some research, learning that those grill grates are a big part of the “steakhouse” taste. He looked into manufacturing a version that would work for any home grill or BBQ, and the ManGrate was born.

Adam continued the spot, talking about how he had personally been using the ManGrate. He talked about how he tasted the difference, and everyone he knew who tried it had agreed it was the superior way to grill. And of course, they had a special deal for his audience because the guys at ManGrate were big fans of The Adam Carolla Show, .

I was absolutely captivated by this story. In fact, I still remember this ad better than anything else discussed on that episode–probably better than most of the podcast’s first year.

After I heard this Adam’s endorsement, I brought up the ManGrate to my friends and family. In casual conversation, I offered up that piece of trivia about the cast iron grates that steakhouses use. To anyone who showed even half interest, I mentioned the website and the offer for Adam Carolla fans.

I hadn’t just discovered something new, I felt like I had learned something.

Podcast advertising had an incredible effect on me from the very first time I experienced it (and I didn’t even work in podcasting at the time).

As far as the ManGrate grill-enhancement system was concerned, however, there was only one thing keeping me from ordering one for myself: I’m vegan.

But the vast majority of Adam Carolla fans are meat eaters, and ManGrate has since had a long history of sponsoring The Adam Carolla Show.

Nothing speaks to success in advertising like repeat business, which tells me that ManGrate’s ongoing sponsorship efforts with Adam’s podcast have worked just as well—probably better—with the rest of his audience.

I started working in podcast advertising in 2012. Years later, I still think of this first podcast ad whenever I work with a new advertiser.

What’s the backstory? How will the host fall in love with the product?

In 2010, podcast advertising was still in its infancy–perhaps $10 million was spent on ads across the entire medium. In 2017, the projection for sponsorship revenue is $243 million.

As much as this industry has grown and changed, the fundamentals of effective and meaningful host-delivered ads have not.

This chapter has been adapted and expanded from the introduction to Podcast Advertising Works: How to Turn Engaged Audiences into Loyal Customers, which is also available on Apple iBooks. 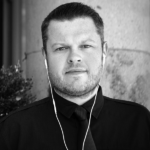